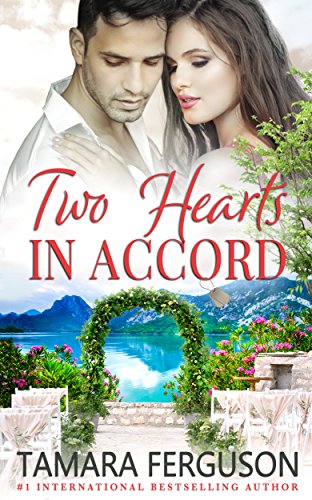 Two Hearts In Accord

Injured in Iraq, Lt. Neil Harrison returned to active duty in pararescue with a prosthetic leg, while sniper Lt. Anna Drummond regained weaponry skills after losing an arm. When a friend’s life is endangered by an abusive ex, Neil and Anna make use of their skills to keep her safe. But will they finally admit their no strings relationship is love?

Lieutenants Neil Harrison and Anna Drummond shared tragedy four years earlier during a special mission in Iraq, and despite their connection at the time, they both took their previous commitments seriously.

Injured later in Iraq, Neil eventually returned to active duty in pararescue with a prosthetic leg, while former sniper Anna regained her weaponry skills after losing an arm.

Now intent on retraining wounded warriors for active duty while working together as future instructors in a new program in Crystal Rock, Wisconsin, they realize the spark is still there.

Their personal situations have changed, and both Neil and Anna are single. And they seem to have a lot in common; most particularly their love of music.

But it's a few weeks before Luke Bryant and Kelly Callahan's wedding (Two Hearts Surrendered), when Anna and Neil find themselves assisting Sarah Benton's best friend Claire, who's certain her ex is trying to kill her. With Claire's life endangered, Neil and Anna make use of their skills to keep her safe.

Neil and Anna have both been burned in the past,so they're in accord deciding on a no strings relationship. But will they finally admit that it's love?