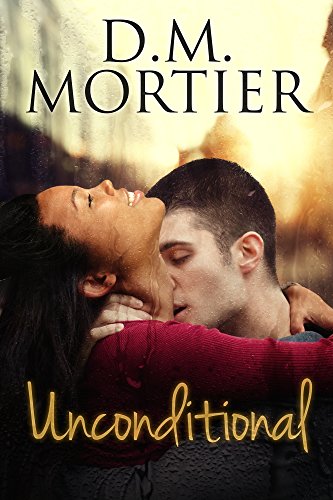 Family means everything to Dominic Stone. But his family is endangered because of his past profession. His wife knows nothing of the danger she and their children are in, and he wants to keep it that way.

He's A Man With A Dark Past, And It Threatens His Family

Family means everything to Dominic Stone. But his family is endangered because of his past profession. His wife knows nothing of the danger she and their children are in, and he wants to keep it that way. He wouldn't allow his wife to live in fear, simply because some idiot wants to settle a score. It is his responsibility to shield her from those unpleasant realities.

He Is A Hardened Soldier, But Against Her He Is Defenseless

Dominic is a trained, lethal weapon, courtesy of the U.S. Navy, and an expert at camouflaging his emotions. But his Nubian queen makes him feel things he'd never thought he could, and he has no defense against such an arsenal. From the day they met, he refuses to be without her. However, the danger to her became too great, forcing him to give in to her demand for a separation. But he would be damned if he would allow them to become another divorce statistic.

She Left Everything To Be With The Man She Loves

Rinah Stone loves her husband Dominic more than life itself. She left all she had known, family and country, to spend her life with the man of her dreams. He is everything she could have hoped for: strong, handsome, an amazing lover, intelligent, and hard working. But is he faithful? She demands he leave their home when she catches him in an irrefutably compromising position. Instead of fighting for their marriage, as she expects, he walks out and doesn't look back.

Love Makes You Do Crazy Things

Eight months later, he is back and demanding to be a part of her and their children's life again. How can she trust him, especially when he refuses to explain his absence, or terminate his relationship with the other woman?