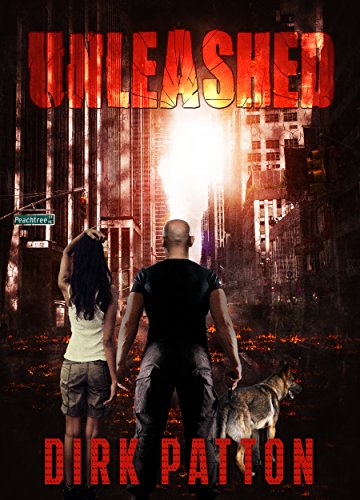 America has been savagely attacked with both nuclear and biochemical weapons. Thrown into an apocalyptic horror, John Chase rescues a woman from a group of people who are in a violent rage as a result of the release of a devastating neurotoxin. With no options, they must fight their way to safety through hordes of murderous infected.

John Chase has just arrived in Atlanta on a routine business trip. When he wakes the next morning, John is shocked to learn that America has been savagely attacked with both nuclear and biochemical weapons. He is immediately thrown into an apocalyptic horror, rescuing a young woman from a group of survivors who are in a violent rage as a result of the release of a devastating neurotoxin.

His path is clear. Survive and fight his way across the continent to reunite with his wife as society disintegrates into savagery and millions of people become raging infected, roaming unchecked in their pursuit of the rapidly dwindling number of survivors. But survival will be the hardest task he has ever undertaken.

So begins Unleashed, the first installment in the thrilling V Plague series. The novels are set against the backdrop of a shattered, post-apocalyptic America and tell the stories of a steadily growing cast of complex characters and their battles to survive. There are numerous sub-plots of greed, brutality, betrayal, treason, heartbreak and even a serial killer woven throughout the progression of the main storyline, chronicling the best and the worst of humanity as the world crumbles.