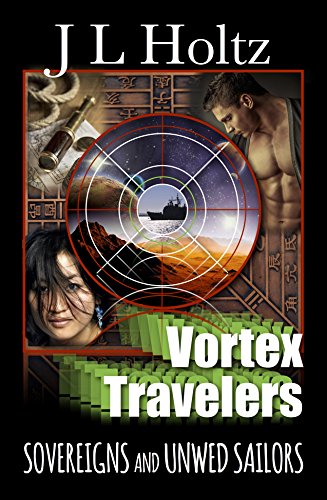 I knew that I knew and when your whole life becomes an amnesic mystery and only one being in the universe knows who and what you are, and that being just may be a God… Do you actually have to believe him?

I knew that I knew and when your whole life becomes an amnesic mystery and only one being in the universe knows who and what you are, and that being just may be an alien, or God… Do you actually have to believe him?

The true nature of humanity shouldn't be hiding in the past, present, or on another planet, and Lulu Wu, a college student, finds herself drafted onto a warship underway, in the Phantom Fleet of the United States Navy. And there are no mistakes about it, they are at war. Plunged through a vortex chamber straight into an interplanetary odyssey, she must complete her assigned mission and engage in a perilous clash in an epic, ancient, cosmic war between gods and brothers. Meeting up with unstoppable forces of terror, can she save the souls of humanity from being ripped away forever?

Sizzling and scorching secrets in the space-time-continuum, the surpassing strangeness of the multi-verse and the full picture of her existence comes into focus… An Admiral, a god, a cosmic love affair, an ancient alien war, mysterious birthright, a father gone missing, an aunt she never knew about, where does she fit in and how did it all begin?

Learn the true meaning of time, love, liberty, life and loot with the mysterious marvels of a life at the sea and a galaxy looming large intertwined in this fast-paced character-driven Science Fiction, Time Travel, Action Adventure, Military, Romance story. Vortex Travelers.