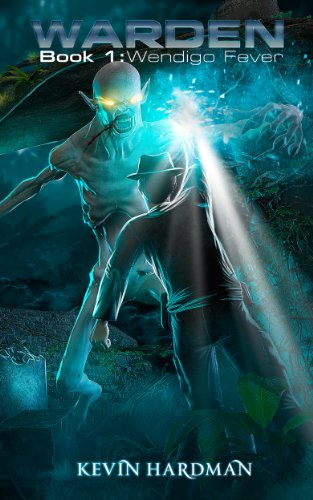 Trained in weapons and magic to be one of the monster-hunting Wardens, Errol Magnus finds himself the prey after crossing paths with the legendary Wendigo - a monster with preternatural strength and speed…and an insatiable hunger for human flesh.

Part lawman, part tracker and part magician, the Wardens are monster-hunters - tasked with protecting the people from the various, nightmarish creatures that have invaded the world of men. However, despite being descended from a long line of Wardens, 16-year-old Errol Magnus believes it to be the absolute worst job on the planet: How could a single occupation simultaneously be the most boring, abominably stupid and extraordinarily dangerous profession imaginable?

But when his older brother Tom - the current Warden for their region - goes missing, Errol has no choice but to enter the Badlands, where monsters abide in mind-boggling numbers, to find him. During his search, Errol crosses paths with - and finds himself stalked by - the legendary Wendigo, a monster with preternatural strength and speed, as well as enhanced senses of sight, smell and hearing…and an insatiable hunger for human flesh.

Now Errol must do the impossible and not only escape from the monster (something no one has ever done before), but also avoid the unearthly legacy it leaves on all its victims - a terrifying curse known as Wendigo Fever.