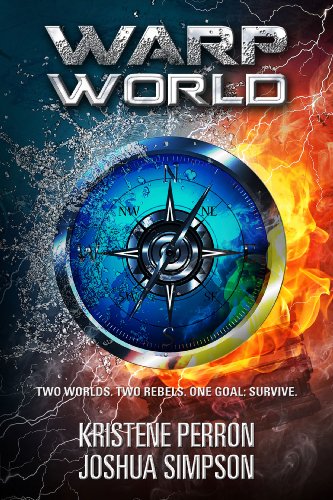 Cultural Theorist Seg Eraranat was ready to conquer his first new world, claim its riches, and return to his dying planet a hero. What he wasn’t ready for, however, was to fall in love with one of the locals—Ama Kalder, a feisty young boat Captain—or to lead her people in rebellion against their tyrannical overlords.

On his first crossing through the warps, Seg discovers a world rich in vita - fuel to save his dying world. Cold, brilliant and desperate to prove himself as a Cultural Theorist, Seg breaks away from the recon squad sent to protect him, to scout out prime vita sources. But to find his prize he must face his biggest fear: water.

Fiery and headstrong, Ama receives an ultimatum from her people's tyrannical overlords: betray her own kind or give up the boat she calls home, forever. When a wealthy traveler hires her as a guide, Ama thinks her prayers are answered - until a violent murder reveals Seg's true identity.

On the run, over land and water, hunted by a ruthless and relentless tracker, and caught in the schemes of a political powerhouse, Seg and Ama will have to strike an uneasy truce to survive.

The fate of two worlds is in their hands.