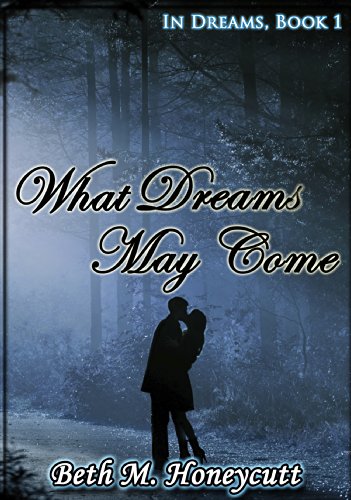 What Dreams May Come: In Dreams

The hot new guy in Ellie's math class seems to know things about her that he shouldn’t. Secret things. Could he be the guy who's been haunting her dreams? The one she thought wasn't real?


Reality is overrated. Or so Ellie Cross has always believed.

Ellie is an ordinary, nothing-special girl who feels invisible most of the time. She's the kind of girl who would loan her lunch money to anyone, but she's definitely not the kind of girl to get noticed. Well, except by her mom, who constantly nags her not to be such a dreamer, and the class bully who makes her life miserable. It's kinda grim for a girl who's already painfully shy and all-too-aware that she "takes work."

But Ellie has a best friend, someone she can turn to whenever she has a problem. Well, some might call him an imaginary friend, since they've never actually met outside of dreams.

And, sure, Ellie knows it's kinda weird to have a friend no one else can see, but since her real-world friends currently number one, she figures an imaginary friend can only improve her social life. Even better, since he isn't real, she can tell dream-guy-Gabe anything, without ever worrying that he'll ditch her for someone cooler or embarrass her by blabbing her secrets. And so what if she happens to have an itsy-bitsy crush on her reality-challenged friend? Who's it hurting, really?

But things are about to get complicated, because there's a new guy in school—a guy with hauntingly familiar eyes. A guy who knows things about Ellie that he shouldn't have any way of knowing…