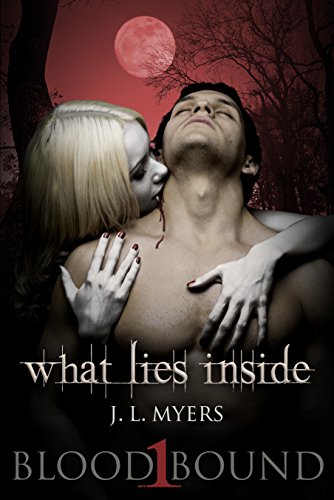 When a nightmare awakens the vampire Amelia was destined to become, only one guy can save her from herself, and the vampire who's hunting her—but can she really trust her mortal enemy?

Amelia never asked to unleash her inner vampire…she never even knew it existed.
Amelia is sucked into a nightmare and killed at the hungry fangs of a monster…but then she wakes up and everything has changed. Her whole life has been a lie. What she thought she was—human—is nothing but a disguise, one she never even knew she was wearing.

Amelia is a vampire and she always has been.

Her family and even best friend Kendrick have known the truth all along, a lie they claim they kept to protect her. Sixteen going-on-forever, Amelia's violent hunger could quiet a classroom in seconds. It could expose them and lead to her death. Killing for blood is forbidden—but vampires aren't the only ones enforcing the rules.

Another race exists that is more than willing to keep the toll down by any means they see fit.

With her life spiraling, Amelia lives in fear of the day she finally loses control. The day she finally kills in cold blood. But then she meets Ty, a guy who is strangely familiar and hides a dark and dangerous secret of his own, and everything changes. Amelia senses Ty's unnatural strength and, even more than that, for the first time she feels safe from herself.

But lies and secrets won't stay buried forever as her telling dreams turn into warnings. Amelia is unaware of the superior power she possesses and the danger she is in. Not everyone is who they claim to be. Not even Ty. Falling for him will be impossible not to do, but staying alive after that?