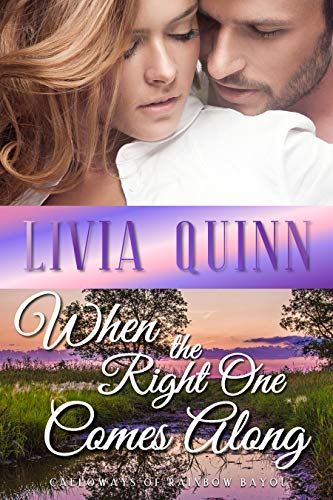 When The Right One Comes Along

An impulsive act and one night with a special woman - complete with pictures - could put this former Ranger and CEO’s mission for veterans at risk. Can two people with different goals find a way their happy ever after?

Love happens when you least expect it, even when it's the last thing you're looking for.

Former Army Ranger, Ridge Romano lost his brother John to the war, but not on the battlefield. After returning home with PTSD and, like so many soldiers, experiencing the loss of his identity and purpose, he committed suicide leaving behind a grieving wife and child. After graduating from college in his teens, Ridge was recruited by the Army for his work in bionics. Now, the CEO of MedBionics, Ridge is on a mission to ensure John’s death was not in vain. He’s in DC meeting with Congress about an revolutionary veterans’ project. With a “yes” vote on the big bill, his Consortium, MiliCare will take over the care of his fellow soldiers and their families. But an impulsive act of folly and one night with one very special woman - complete with photographs - put the contract and his dreams in danger.

At the DC convention, photographer and former fashion model, Buffy Calloway finds the “Face” of her new franchise, the Calloway Studio and Casting agency, which will provide models, marketing and photography to designers and movie studios. The tall, dark and intense man she discovers is everything she’s been looking for. What's more, she knows he’s "the one" but after she finds out about his noble goals, there seems to be no path to a meeting of the minds (or their hearts).

Can two very different people whose goals are at odds find a way to have it all?