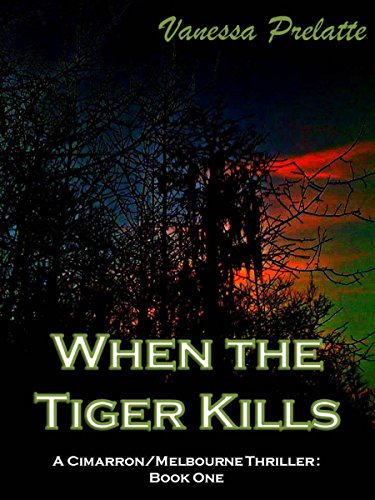 When The Tiger Kills

Homicide detectives Dawn Cimarron and Rafe Melbourne race against the clock to save a teenage girl from a serial killer consumed by a twisted fantasy. As they work the case, they discover that it may be connected to an older mystery - one that police thought would never be solved...

Can a Serial Killer Be Stopped Before It Is Too Late?

Detective Dawn Cimarron and her partner, Sergeant Rafe Melbourne, are hard at work trying to close not one, but two major cases in their hometown of Mountpelier, Colorado.

In the first case, a college student has been found lying at the foot of a cliff, and his girlfriend has disappeared, the apparent victim of a kidnapping plot. And all indications point to one inevitable conclusion: a serial killer is on the loose - a clever and resourceful killer who seems to be equally obsessed with visions of an ancient goddess and young girls with long, pale blonde hair.

The second case involves a young man who has been stabbed to death, his body left under a tree. At first it looks like a simple drug deal gone wrong. However, after encounters with the victim's angry, bitter stepsister and his self-absorbed, histrionic mother, the two detectives begin to suspect that there is more to this case than meets the eye.

With the help of Dawn's husband Ty, a retired Air Force major now in charge of the local unit of the Civil Air Patrol, Dawn and Rafe work to bring a murderer to justice, even as they race against the clock to find the missing girl - before her time runs out.