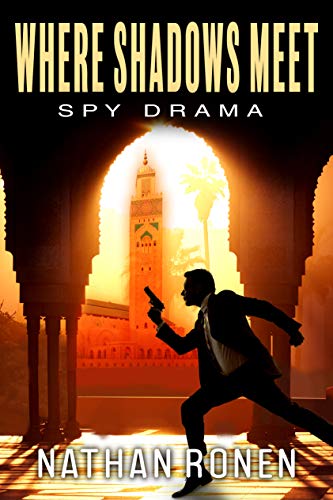 Arik Bar Nathan is head of the Israeli National Security Council. Due to the sudden death of the PM, Arik is dismissed from his position but very soon after, is asked to stop the assassination of the King of Morocco and stop chaos in the Middle East.

It’s up to him to stop the assassination of the King of Morocco and stop chaos in the Middle East.
Arik Bar Nathan is head of the Israeli National Security Council. He has a direct contact with the Prime Minister. Due to the sudden death of the Prime Minister, Arik’s entire life is about to change.

The new Prime Minister seeks a better public opinion of him and demands that Arik serve this need to build a political image as Mr. Security, revealing secrets and showing off the success of military operations. Arik, an honest professional is not willing to take part in any of these fraudulent activities. The PM decides to end Arik’s duty and dismisses him, as well as the head of Mossad, from their positions.

The new head of the Mossad is a cunning character whose ties to the new Prime Minister are anything but professional.

It doesn’t take long for the new head of the Mossad to ask Arik for assistance. The Israeli Intelligence Agency has received information about Al-Qaeda operatives planning to assassin the King of Morocco during the Inauguration event of the big mosque in Casablanca.

Arik is the only one person who can put an end to this plot and is asked to use his abilities and contacts, to assist in this underground mission In Morocco, and save the King together with the French DGSE secret service.

If the King of Morocco is assassinated, there will be chaos in the Middle East and thousands of lives will be lost. Arik and his commando team must get to him first!

Where Shadows Meet is a tapestry of intrigue, wit, drama and dare that enthrals the reader from start to finish. A brilliant espionage thriller that will leave you breathless. It is the remarkable story of those who live in the shadows, working under false identities and behind masks, addicted to adrenaline and control. An intricate tale of passion and danger.

Nathan Ronen's history with Israeli national security easily conjures the stories of extraordinary people, dedicating their lives to ensuring public security while paying a costly personal price. These people live in the shadows, functioning behind masks and borrowed time, and like many of us, remain terrified of loneliness.