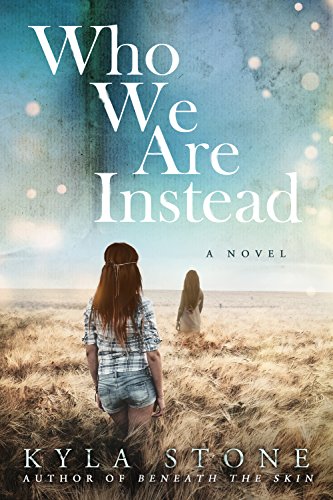 Who We Are Instead

After her father’s heart attack, Lena returns to a home haunted by the memories of her mother’s suicide. When her younger sister Lux descends into self-destruction, Lena must choose: escape her past and leave her sister behind, or turn and face the demons threatening to destroy them both.

Twenty-one-year-old Lena McKenna thought she escaped her past when she earned a photography scholarship to a top university. It's been two years since she's been home. Two years since she's seen her troubled younger sister Lux or set foot in the house haunted by the memories of her dead mother.

Everything changes the day her father suffers a massive heart attack. Lena rushes home, only to discover that Lux has disappeared. Lena has no choice but to put her dreams on hold to find her sister and care for her dying father. Immersed in the memories of her childhood, she begins to uncover the long-buried secrets that broke her family.

Eighteen-year-old Lux doesn't want to remember. Nothing keeps the dark at bay, not her new drug-dealing boyfriend or her descent into reckless self-destruction. She'll do anything to forget. Anything.

As their father's condition worsens, Lux leaves a trail of devastation in her wake. Lena must choose: escape her past and leave her sister behind, or turn and face the demons threatening to destroy them both.

Who We Are Instead explores the volatile relationship between sisters and the way we blur the lines between loyalty and obligation, truth and deception, honor and betrayal.