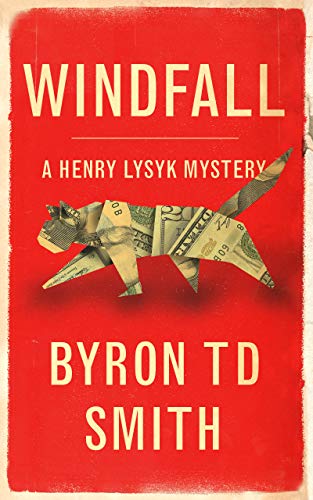 “…a masterful work of mystery, drama, and criminally good writing…”
The trail of a decades-old crime leads a deadly treasure hunter to Henry's doorstep. A real-life ransom, a shadowy past, unlikely allies, and ruthless murder. An engaging "What if. . ." answer to the most captivating unsolved heist of the twentieth century.

Henry Lysyk’s life is a mess.

With his marriage over and his accounting career marred by scandal, he retreats to the anonymity of a rented suite in a house shared with strangers. But the trail of a decades-old crime leads a murderous treasure hunter to his doorstep, and Henry is baffled by his neighbors’ cover-up.

An unexpected visit from his adventure-hungry niece, Frieda, further complicates Henry’s efforts to lay low. With his houseguest refusing to stay away from the danger, Henry’s terrified they’re about to expose secrets someone would kill to protect. Not knowing who to trust, they must choose which parts of the past to uncover, and which to leave buried.

A real-life ransom, a shadowy past, unlikely allies, and ruthless murder. Can Henry unravel this cold case before he and Frieda become its next victims?