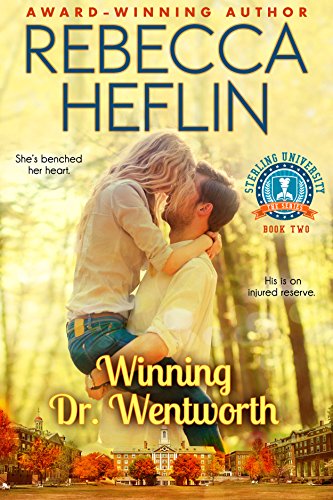 Broken-hearted, math professor Shelby Wentworth returns to her hometown determined to escape the disgrace of a nasty divorce, shake off the taint of her ruined career, and start over, sans romance, but an unexpected reunion with Nash Taylor, former star quarterback and high school crush, promises to derail her plans.

She's benched her heart. His is on injured reserve.

Burned-out and broken-hearted statistics professor, Dr. Shelby Wentworth, returns to her hometown determined to escape the disgrace of a nasty divorce, shake off the taint of her ruined career, and start over. This time she swears she'll live by the rule 'don't get your honey where you get your money.' But an unexpected reunion with her former high school crush, not only makes her rethink her decision to return home, but also tempts her to break her one rule.

After a career-ending injury and his own disheartening divorce, former NFL quarterback, Nash Taylor, returned to his hometown to become the head coach of the Sterling University Bobcats. When his childhood best friend literally runs into him in the faculty parking lot, he thinks maybe it's time to put his heart back in the game.

Nash, in the hunt for a division championship, enlists the number-crunching Shelby as his secret weapon. But Nash's plan to help Shelby regain not only her confidence, but also her financial security backfires and lands Shelby in the same hot water that brought her home in the first place.

Will Shelby let the past dictate the future, or will Nash win her heart on his way to winning the championship?