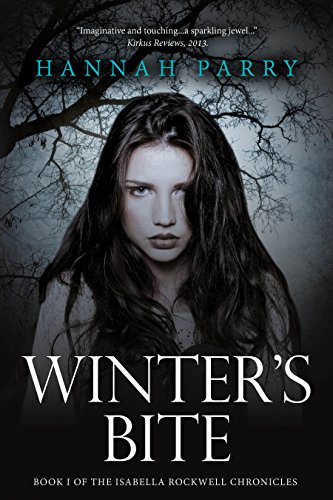 Through her own recklessness, headstrong Isabella Rockwell (15), raised entirely in India in the 19th century, loses the two people she loves most in the world. Sent to England, she must recreate herself to fit in with the street children who become her family in everything but name.
But intrigue beckons Isabella when the safety of her rich new acquaintance, Alix (14), comes under threat, and Isabella must look to the harsh lessons of her past.

Is your worst enemy the one looking back at you from the mirror?

Fifteen year old Isabella Rockwell's bones ache with homesickness. But home is eight thousand miles away in northern India, and Isabella is imprisoned in the bitter winter of nineteenth century London. Sent to England after her father goes missing in a violent battle, Isabella runs away from a life of drudgery and hardship. Rescued from death by a gang of street urchins, Isabella finds the shelter and love she so desperately craves. As an accomplished trickster, she starts to save for her passage home with the money she makes from swindling the rich.

After a moment of heroism which surprises even herself, Isabella wakes in Kensington Palace. This is an opportunity too good to miss. If she can steal one of the glowing, priceless paintings, she and her gang will have enough to keep out searing cold and gnawing hunger for the rest of their lives.

If Isabella plays her cards right.
What she hasn't reckoned with is her growing fondness for the Princess Alixandrina Victoria Hanover, a kind and lonely girl her own age, and heir to the British throne. Despite the richness of her surroundings, Alix's life is harsh and without love.
When someone tries to poison Isabella, Isabella realises it is Alix's life which is under threat. At first Isabella suspects Prince Ernest, a hardened general, and next in line to the throne. Or is it John Conroy, a powerful schemer, in love with Alix's beautiful spendthrift mother, and desperate to get his hands on Alix's inheritance? Either way, Isabella's feelings of responsibility for Alix and her loyalty to the gang who saved her life, are tearing her apart.

Instead of taking advantage of Alix, will Isabella puts her own needs aside and cast herself into mortal danger to save her friend? Only the harsh lessons of Isabella's past can help her decide if she should leave Alix to her fate - a fate tied up with Isabella's own.

A fate which will have consequences far beyond those she could ever have imagined.