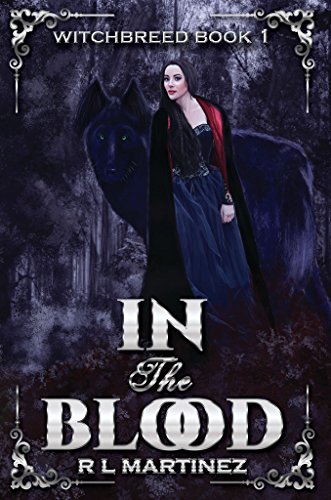 Blackmail. Betrayal. Murder.
Darker magic awakens in a world where witches are feared. Someone has plans for the Dominax twins, plans more terrifying than anything the sisters could imagine.

In a time when magic is feared, Lady Oriabel Dominax has no choice but to conceal her healing powers while she cares for her father's struggling estate. One touch of the Witch's Tree shows her visions of witches hung and burned at the very hands of the people for whom she cares, the people who love her. But with the arrival of a new lord, a man hiding secrets of his own, falling in love might be one wrong move too many.

Incarcerated for an unspeakable crime, fearless warrior Lady Ottilde Dominax is plagued by mysterious dreams of her sister's death. When a hooded figure offers her the chance of escape, although untrusting, she does not hesitate. Racing across nations to reach Oriabel, her journey is cut short by an encounter with a wedowyn, a formidable beast which she has no chance to overpower alone. Though it is not death that greets her, but something far worse.

Blackmail, betrayal, and murder are only the beginning as a darker magic is awakened. And someone has plans for the Dominax twins, plans more terrifying than anything they could ever imagine.