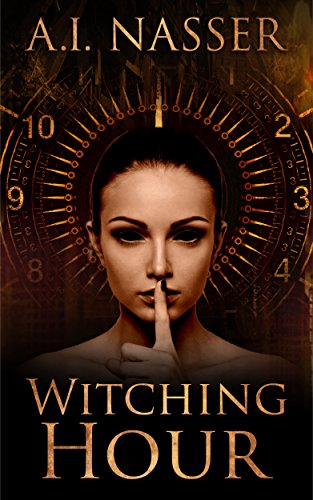 Kyle Ashfeld has escaped to his hometown in search for peace. But his sanctuary becomes tainted when he’s warned of the prophecy of the witching hour.
Every century, six demons escape hell and begin a cataclysmic sequence of events that lead to global disasters. Only one man can stop them…

The Witching Hour is upon us...
Kyle Ashfeld has escaped to his hometown of Kent, Connecticut, in search for peace. He is battling his demons, fighting memories of his family's tragedy, and drowning in nightmares of flames and destruction. His only sanctuary is the library where he works.

But that sanctuary is quickly tainted when Connor Fegan appears and warns of the prophecy of the witching hour. Every century, on the second Friday of September, six demons escape hell and set in motion a cataclysmic sequence of events that lead to disasters on a global scale. And only one man can stop them. For Kyle, these are all the fantasies of a madman, but when one horrifying event after the other takes place around him, he quickly realizes that there may be some truth to Fegan's words after all.

Joined by long-time fan, Aley Davis, Kyle is thrown into the midst of his worst nightmares, fighting for his life against a demon determined to stop the only hurdle in its path of destruction. Whether he believes in the prophecy or not, the witching hour is upon him, and there will be no escape from the horrors of hell.