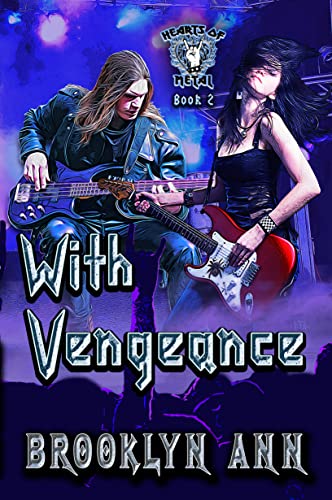 A struggle between business and pleasure is further challenged by secret identities and a malicious enemy.

A struggle between business and pleasure is further challenged by secret identities and a malicious enemy.

SHE HAS A MISSION

Katana James’s dreams come true when she gets to audition for the new lead guitarist for her favorite band, Bleeding Vengeance. Kat knows the odds are against her with her gender, her anxiety disorder, and her crush on the lead singer. But as soon as she overcomes two of those challenges, two more come up: First, her infatuation with the singer fades away only for the brilliant, kind, and mysterious Klement Burke, the bassist, to set her heart aflame. Then she becomes the target of a malicious stalker.

HE HAS A SECRET

Klement Burke, the brains behind Bleeding Vengeance, has a huge secret. He didn’t offer Katana James an audition to repay a favor owed. The real reason he recruited Kat is that he already knew of her talent, since he’s been providing tech support for Kat’s website for years. He’s confident that he can suppress his attraction to her—until he meets her in person. When Kat’s car is sabotaged, causing him to invite her to stay in his mansion with the rest of the band, so is Klement’s willpower to keep things professional between them. Now he has to figure out how to keep her in his band and in his life, protect her from a crazed stalker, and reveal his true identity.