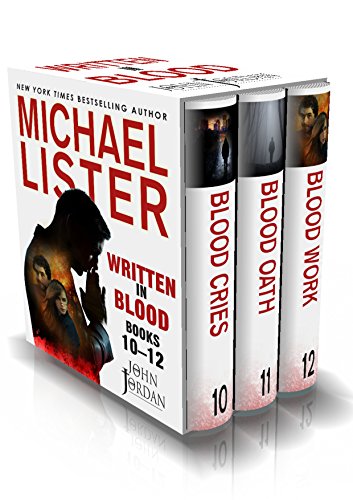 Blood Cries
A young John Jordan continues his investigation into the Atlanta Child Murders, interviews Wayne Williams, investigates the disappearance of Cedric Porter, and uncovers a series of murders with devastating consequences.

Experience the events that shaped one of the most unique characters in all of crime fiction. Accompany John during his first spiritual awakenings, his first battles with alcoholism, his first forays and fallings into love, and his first murder investigations.

Blood Oath
John Jordan is once again carrying a gun and a badge—and he's going to need them. Balancing family life with being a cop and a prison chaplain takes grit and grace—and John has plenty of both. Working two cases that may or may not be connected, John is investigating the disappearance of a young army ranger home on leave and one of the most sadistic serial killers he's ever encountered.

Blood Work
On the same weekend Janet Leigh Lester was crowned Miss Valentine at the pageant and Queen at the Sweethearts dance, she disappeared, her car found in an empty field, its interior covered in blood.

The case, known as the Broken Heart Murder, is decades cold now, but a new clock is ticking and John Jordan has one last chance to get it right. With no jurisdiction, no support and no real hope of solving such an old, cold case, John is not taking no for an answer in this poignant, touching and tragic mystery.