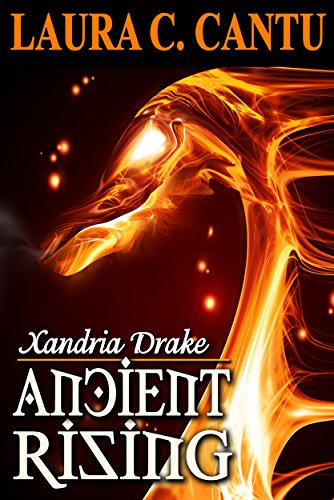 Xandria Drake: Ancient Rising is a coming of age story about a young lady who learns that mythological creatures such as dragons, vampires, shapeshifters, faeries, and other creatures actually exist, and she must learn to navigate through her newly discovered supernatural world before it swallows her up or destroys her.

When an unusual carnival pulls into town, Xandria Drake has no clue this mystical fairground will thrust her into a thrilling world of mystery, deception, and danger. Her predictable existence will soon be transformed into a turbulent reality where magic reigns, and creatures of fantasy are just as tangible as her ballroom dancing trophies. New revelations will send Xandria on a quest in which she is forced to question everything and everyone, including the man of her dreams, Viktor.

When Viktor confesses his interest in Xandria, she couldn't be happier. Her joy quickly fades, however, when Viktor reveals other, more sinister secrets. Xandria is soon forced to face shadowy and obscure dangers she never knew existed, and on the coattails of the impending darkness rides Viktor's greatest rival and Xandria's ultimate temptation, Sebastian Vespera.

Will Xandria's love for Viktor be enough? Or will Sebastian's seductions ensnare Xandria in a fierce and powerful romance? How will Xandria cope with the forbidden knowledge she gains? Mysterious, magical, and compelling, Xandria Drake: Ancient Rising is witty when you want it to be and serious when it needs to be. This paranormal fantasy novel will capture you from the beginning and won't let you go until long after the story is finished.Experience the mystery for yourself!Purchase today, and start on your own journey with Xandria.