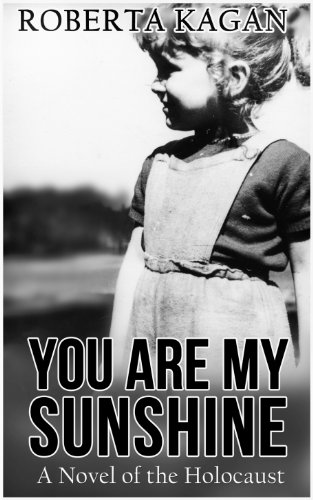 You Are My Sunshine: A Novel Of The Holocaust

When Helga Haswell becomes pregnant by a married SS officer who abandons her, she finds herself alone and desperate. She is afraid to tell her parents that she is pregnant out of wedlock, so her doctor suggests that Helga check into Heinrich Himmler's home for the Lebensborn.

This is a program, he explains, that has been instituted by the Nazi's to create perfect Aryan babies. Since Helga is of pure German blood and the child's father is an SS officer, she will be accepted, the doctor explains. Her child will have a good life because adoption is available only to the finest of Hitler's Elite. Not only this, the doctor says but during her pregnancy, Helga will have the finest food and medical care available. And, instead of a life of shame, she will be honored for her efforts in producing a perfect Aryan child for the new world that Hitler is in the process of creating.

Then after the baby is born, the Lebensborn will take the child and assume all future responsibilities releasing Helga to live her life without the burden of a fatherless offspring. In her desperation, all of this sounded perfect to Helga, that was of course before she felt life stir within her womb.

However, by the time this occurred it was already too late. She had already moved into Steinhoring, home for the Lebensorn, and there was no possibility of turning back. The papers were signed. She could not escape. Hitler owned her unborn child.

On a cold day in January Helga's little girl came into the world. But instead of being sheltered by her mother's arms, she was torn away by the nurses at the home for the Lebensborn and thrust into a treacherous world where the very people sworn to protect her were not what they seemed. The little girl was growing, and she was amongst some of the cruelest people on earth and subjected daily to the ideology of the Third Reich. But when Hitler became convinced that he was indestructible and, went to war on two fronts dividing his army, Germany began to fall. The Nazi's became fearful as America entered the war joining Churchill against them in the west, while Stalin a formidable enemy with the brutal Russian winters on his side, ripped them apart in the east. And so, the tables turned on the Third Reich.

The cruel Nazi's, who believed they could not be defeated were about to swallow their pride and surrender at the feet of the Allies. The superior race would prove to be inferior after all. Hitler's elite would run for cover, some would commit suicide; some would be tried in Nuremberg for crimes against humanity, while others would escape with their tails tucked between their legs and head for South America or other friendly ports. But God had other plans for Helga's tiny innocent child, who had been born on that January morning. The child's life was about to change in a very strange but significant way. Instead of becoming whom and what the Nazi's had hoped to create, this child would be befriended and nurtured by the most unexpected people.