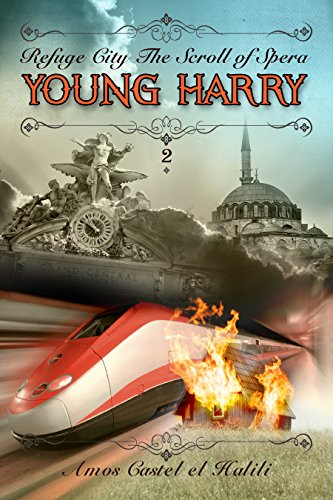 Young Harry: The Scroll Of Spera

In this historical suspense-fantasy can: the USA overcome the Oil-Nordic-supremacy conspiracy, Armenians and Jews be saved in refuge cities, moderates transform an Islam-centric empire into United Ottoman States? Young Harry salvage the house of Jacob?

In this thrilling psychological-historical suspense fantasy American, Ottoman, Armenian, Arab, and Jewish heroes are entangled in a web attempting to create an alternate reality. Can America overcome the Oil-Nordic-supremacy conspiracy? Can the USA sustain its leading position in high speed rail-based mobility? Can ex-southerners, Mary and Zilpa (an emancipated slave) manage to maintain "refugee integration hamlets" for women surviving persecution?Will Young Harry, "salvage the house of Jacob?"

Mary's bright son, a tormented soul, is crushed by his distant deviant father and elated by his African-American "brother." The reader is captured in the continuous effort to search, discover, and reconcile the heroes' unresolved, deviant identities. While Armenians and Christians are jihadised, Kurds and Arabs oppressed, and Jews banned from entering their ancestral land, will moderates survive to transform an Islam-centric empire into an egalitarian "United Ottoman States?"Can endangered Armenians and Jews be saved in exterritorial refuge cities?

Spera, a Jewish teen, struggles to survive a soul-wrecking encounter with the ghost of her sister, raped and murdered by nationalist hoodlums, in a "prelude to the Holocaust" that took place during the Russian Civil War.