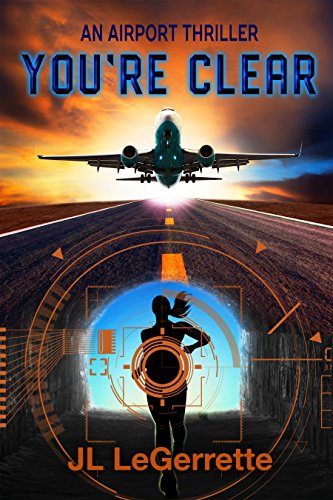 An emergency evacuation at PDX Airport turns into a dangerous cat and mouse chase for five people. Airline Supervisor Dawson must get herself and four others to safety. They are trapped until one of them shares a big secret about what lies below the entire airport property. A must-read!

Have you heard the rumors of what lies beneath the PDX Airport?

During an emergency evacuation, an airline supervisor is trapped with 4 others beneath the airport searching for an escape route. Terror grips the group while the airport doors are in lock-down. They are pursued by what appears to be port police officers, but something doesn't feel right. A foreboding sense tells her not to trust them.

Desperate to get to the one security door she thinks might work, she struggles to avoid being intervened by the men in uniform that she comes to know can't be trusted.

The supervisor juggles her innate need to be in control to find safety yet shake off the hidden attraction to the FBI Agent among the five of them in this cat and mouse game. Their power struggle of who trumps who in the security hierarchy plays out throughout their dilemma

Their escape appears hopeless until another person in the group reveals a big secret about what lies beneath the airport. How does he know this? It's a thrill ride from the time they become trapped until the surprise ending you won't see coming. Who will survive this journey . . . and who won't? You will never see the airport the same way again!